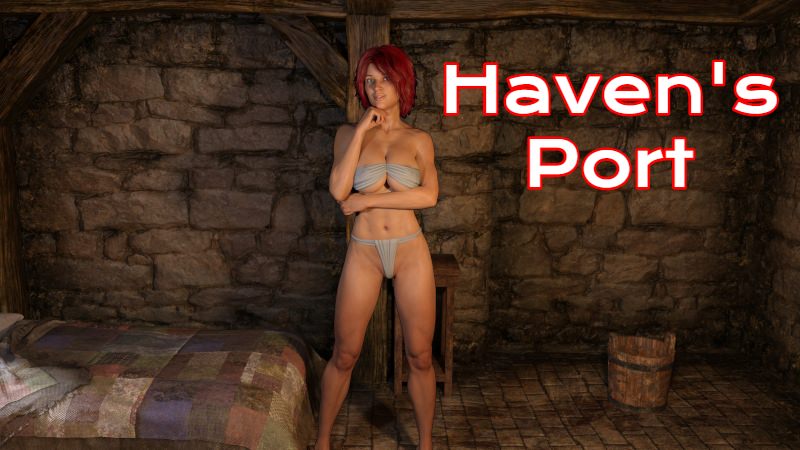 Games / 3DCG  Game developed by  •  Novus in Other engine

You would never have thought, in your wildest dreams, that being attacked by pirates was something you would be deleteriously happy about. Of course, you never would have expected to end up in the hold of a slaver's galley, after a long chain of events you still can't quite wrap your mind around. You hadn't thought your luck could be so bad.

Of course...maybe it wasn't. For the Pirates of Haven's Port have come to your rescue. Which, would be an absurd statement if it was any other group of pirates involved. But the Pirates of Haven's Port aren't actually pirates, so much as they are exiles. Dedicated to a Patron Spirit of Love, Lust, and Freedom, The Order of the Wild Rose was once among the most populous and popular orders in the Old World, beloved for being healers and blessers of harvests. But that was before the Outsiders came. The first war with the Outsiders forced the goodly races of the world to turn to other, more war-like, patron entities. But those patrons were ones of Law and Order, who's Patron Spirits didn't tolerate the chaotic freedom of the Order of the Wild Rose.

In the end, after nearly two centuries of decline, The Order of the Wild Rose was reduced in driven into exile, the adventurers who had been it's most common followers creating the Freeport of Haven...and founding the Pirates of Haven's Port, who raided Imperial shipping. Particularly Slave Galleys, which support an institution that their Patron Spirit loathes.

Recused by this unlikely band of spiritual brothers and exiled misfits... how will you adapt to the wild, licentious habits of the islands under their domain? Will you embrace their ways or remain above it all? Will you seek to become a Pirate? An Arena Champion? A Brothel Order? Or even a simply Merchant Power. The choice is yours...

This build focused, per Patron voting last month, on adding the Pet Shop to Haven's Port. In addition, it also added new content for the MC's Cottage home, Captain Arylin Temlin, Jazerhra, and some Tier 2 Reputation Bar scenes. In total, 10 new sex scenes, along with various other bits and bobs, were added to the game. Additioanlly, a Cheats menu was added for the $10+ patrons...
Pet Shop - Haven's Port now has a Pet Shop, where you can Rent Catgirls, or work as a Catgirl or Ponygirl yourself! In addition, the Pet Shop provides a place to buy some new gear for your Cottage Home...
Cottage Home Playrrom - You can now turn the second floor of the Cottage Home into a Playroom, with Dungeon Furniture that can be purchased at the Pet Shop!
Additional Major NPC Scenes - Captain Temlin gets two new scenes. Jazerhra gets a new scene linked to a Town Event (Hint - Certain Clothing is required to be worn on entering the Magic Shop).
Resident Reputation Tier Bar Scenes - In Build 3, tiering up and moving into the Cottage changed the Seductress Scenes in the Bar. Now, the Nymph scenes have gotten their own tier-related upgrades to match!
Other Stuff:
- The New Outfits from Build 3 should now show up in the Character Menu.
- Lots of bug other fixes, including some broken images I found while testing.
- Cheats system added, for $10+ Patrons with cheat codes :).
- Minor updates to the Tutorial
- Credits Updated
Known Issues
- I still need to update the cottage sleeping scene with a new Render -_-. It wasn't exactly a high priority.

Where the Heart is - Episode 23 + compressed
Games / 3DCG
Information Users of Guests are not allowed to comment this publication.
Updates feed