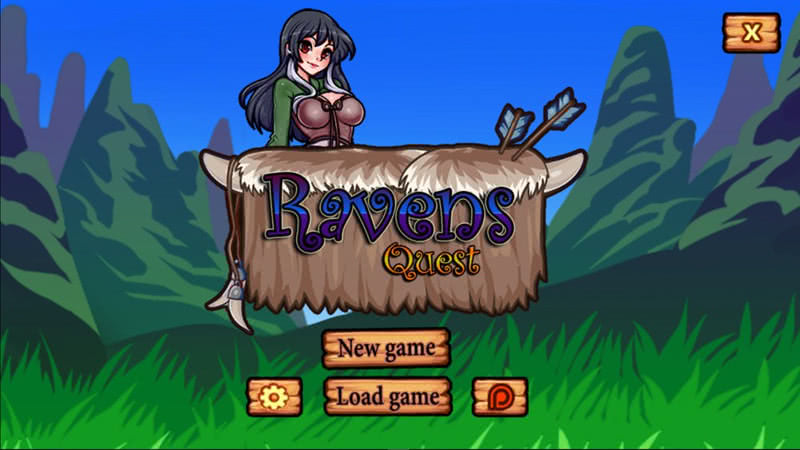 Raven is a witch, but this is the only thing she knows for sure. She finds herself in a world named Lustein, where everyone seems to be extremely lustful. Everyone except a mysterious Order. Help her investigate and explore the world in this RPG, defeating monsters, find new events and customize Raven with lots and lots of different outfits!

- New event: Raven can now 'work' at the monastery in the mountains as a Holy Sister if she has an attitude of 20 or more.- New outfit: Holy Sister. Obtainable after accepting the job as a Holy Sister.- Improved the main quest and the quest hints to be easier to follow.- Nerfed the damage from the Tentacle monster, in the dessert and buffed the damage Raven does to it with the effective element.- Nerfed a bit the damage the Tale thugs deal to Raven.- Raven's elemental powers will now improve all at once when meditating.- Changed the price of the 'mountain permit' from 200 gold to 80 gold.- Raven will always successfully run away from enemies.- Raven can now approach the orc camp and meet their commander when she has had any sexual intercourse with 5 or more orcs.- Raven can now sleep in Freya's house and the Rebel's hideout.- Raven will now propertly regenerate all her elemental powers after a fight. (outside of dungeons)- Re-write - Raven meets the orc commander.- Re-write - Dialogues in the main quest.- Re-write - Small dialogues with monsters.- Fixed a but where Raven's sub and dom stats would reset when sleeping.- Fixed a bug where the punk outfit was not purchasable after Raven getting a tattoo.- Fixed other small bugs and some grammar.

Venture Seas - Sisters of the Abbey - Beta 1.0
Games / 2DCG
Information Users of Guests are not allowed to comment this publication.
Updates feed