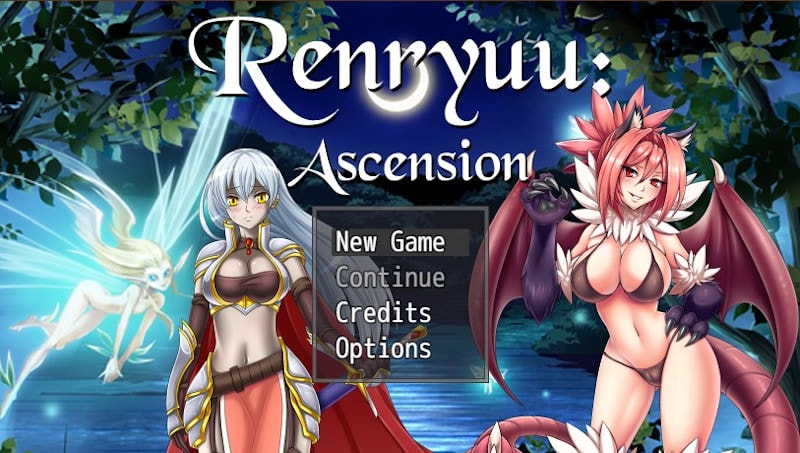 Renryuu: Ascension follows the story of Ryen, a half dragon-half human. After some sudden events Ryen becomes the King of his country and starts his dutys as the King in the castle while also traveling around when needed to take care of many problems inside and outside of the country.

- Mira can now be selected on the special marriage screen in the church of Aldlyn. It requires Vampire to be in the party, and Mira's previous events to be done.- The events unlock a CG scene with Maria, when you talk with her again after Mira's wedding.- Vampire's wedding on the marriage screen becomes available after Mira's wedding is done. It requires the previous events of Vampire to be done, including the encounter with Neya in Kagabangui, the dragonic event which unlock Ryen's dragonic powers, and the blowjob with Mira and Vampire.- When you use a Fertility Potion, you now get the choice whether to use only one or all Fertility Potions that you have.- Gentle Strike was improved from 300 to 400 damage.- The new item "Thunder Trap" can be purchased in the magic shop in Witton now. It's like the former gentle strike skill as an item, and does 300 damage without killing the opponent.