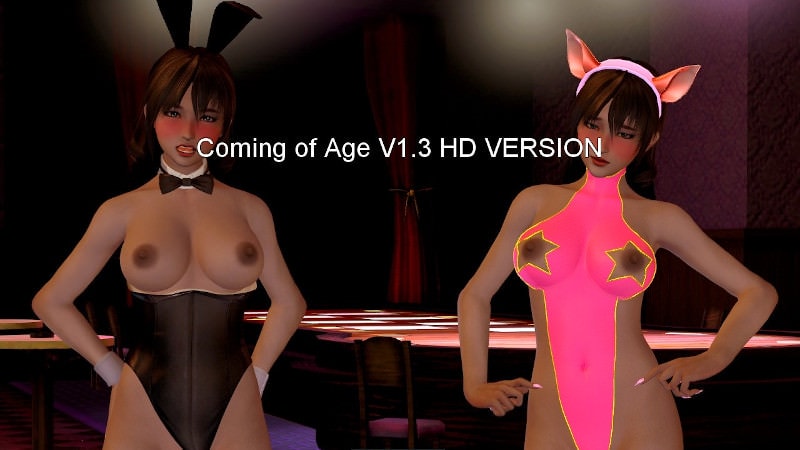 You play an 18 year old girl named May who has a mother, step-father, step-brother, and an older sister. She needs to get a job, attend college, and either become more corrupt or remain pure. Fortunately, you are in charge of her decisions.

Added:
- Version 1.9 contains around 4140 CG (~300 new CG added in 1.9)
- A new event with May and her mom.
- A new event with the old neighbor.
- Expanded the 2 "default" events that can be seen at the clothing store when wearing the top + skirt outfit.
- A new event while watching TV with her dad. This will become available after unlocking the last event from v1.8 with her (step)dad.
The new events has 2 variants which each have 2 different ends. So 4 variants total.
- From 25 shame or lower May will now be sleeping nude. A slightly different CG will be displayed the next morning based on May's lust level.
- A new event involving Gina's father.

-Changes:
- Made some changes to the last part of 2nd stage job at the clothing store to make it less grindy.
- removed some older events from the webcam event in most stages. The older events can still be viewed inside the recollection room.
- The old neighbor cleaning event can now be repeated after all events have been seen.
- Installed the mouse mod for Falxon-XP with update script. To remove it rename the current game.ini and rename game.org to game.ini

-Bug-fixes:
- The correct outfit is now displayed when working out at the gym when scale is set to 90% and opacity is enabled.
- Made some textual correction and fixed actor names in toy demonstration event with her sister Mia.
- Removed an incorrect CG when May is shaved during Christmas event.
- Removed some code that prevented players to see the 5th old neighbor event without panties.
- Time is now forwarded properly after the Kelly+May strip show.
- Time is now forwarded properly after playing 4th stage webcam event.