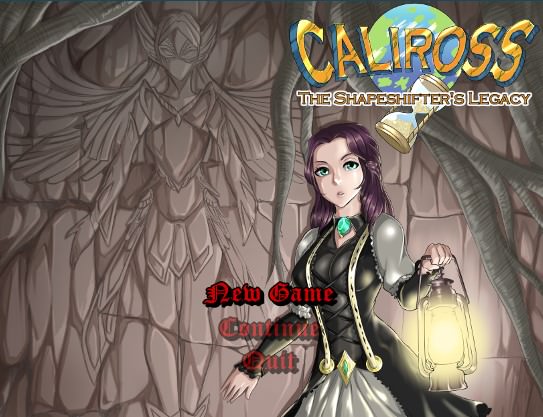 Caliross, The Shapeshifter's Legacy, is a fantasy-themed game, which will follow a young up-and-coming historian, as she takes her first steps outside her hometown and into the real world, to learn more about the elusive nature of her own kind, the shapeshifters. Will she become a member of the Mage guild, or of the Adventurer's guild? Will she find out more about her heritage, or will she be too busy working extra time in sleazy bars to make a living?

The game will feature several factions, each with their own goals and objectives. With your actions, you might willingly or unknowingly benefit this or that group, as the event unfolds, but the open-world nature of the game will leave it up to you if you want to get more involved with the politics of the world, or if you want to just do your own thing.

2 new sexy scenes with the emperor (harem path);2 new model job scenes;1 new self-hypnosis (follow up to the hypnosis lessons) scene (outside the theater in Tarkas, during the day);1 new scene for the weird pendant (also requires slut reputation, triggers during a nap at home);2 new scenes for the Succubus brothel (repeatable);Updated map outside Erica's house;