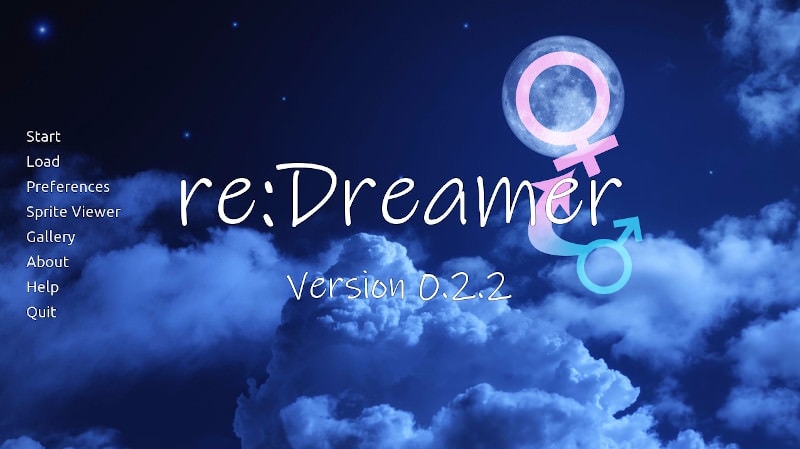 re:Dreamer is an adult gender bender visual novel about an impossible phone game that turns its user Zach into a girl before they even start the tutorial. With an impish and unreliable in-game A.I. as their only lead on how to change back, can Zach follow the rules of this insanely predatory game to survive, or will they lose everything that made them a man in the process?

Happy second anniversary re:/Dreamer! To celebrate, this version is becoming public immediately with a brand-new and fully unlocked Zoey sprite viewer, sprite editor, route jump menu, and C.H.E.A.T.S. menu. Next release, things will go back to normal with the versions being staggered with extra content for Sustainer patrons, such as being able to save their changes to the Zoey sprites to carry them over in-game (although access to the sprite viewer will always be free and public).
New story content with new CG art of Britney measuring Zach's sizable chest.
Fixed an issue where the very first CG of the game (Zach on his dorm room bed) wouldn't load under certain circumstances (mainly, low system memory).
Fixed an issue where Zach's phone raising animation might get interrupted and never show up on screen.
I'm experimenting with a thing where Awkward being set to 5 brings out a few developer comments in some sections. Let me know if you like it or hate it.
Several tiny fixes to Zoey's sprites.