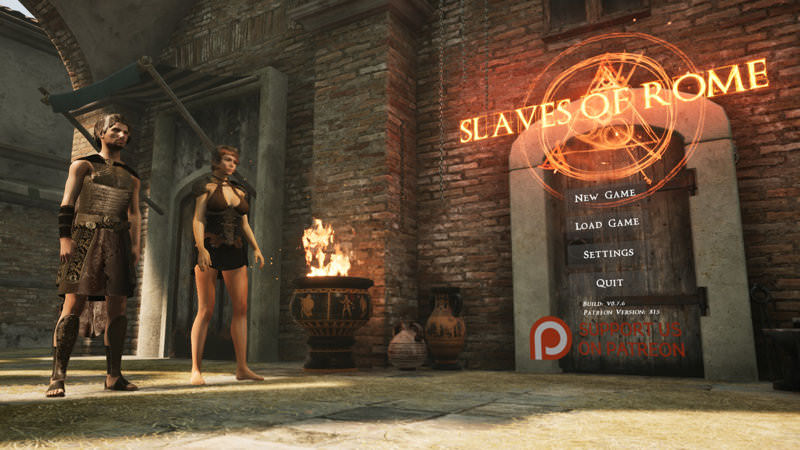 Roman empire.. 20 A.D... very hard times. NO! Not for you! For the slaves! You are a damn Roman! You can do whatever you like. YOU are a god among men! And... men (and women) are here for one reason only. To serve you and other Romans.

It's not all fun and games however. For decades, your family was bringing the best slaves in the republic. You are mostly known for your ability and knowledge in training the most hard, stubborn northern women and bending them to the will of the empire! However, with the last war, money ran out. Now that victory has been achieved on the northern boarders, slaves are pouring in again and you... you know just what to do with them. It's time to fill your purse (and your dungeons) with new toys. And YOU, my noble master.. you know just how to do that.