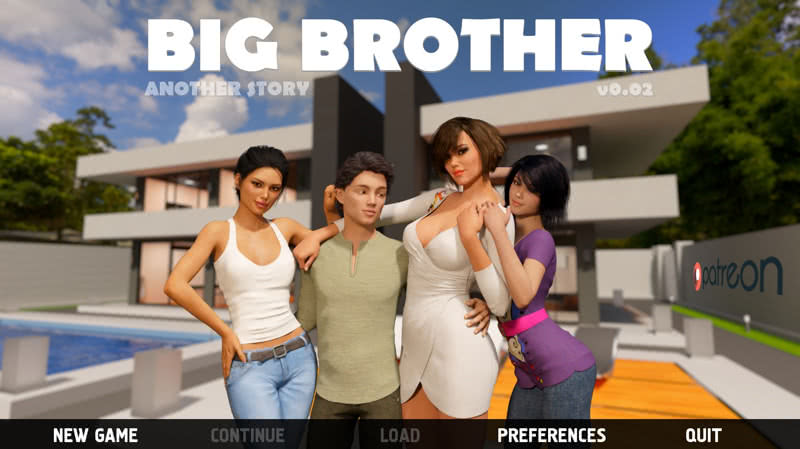 The players steps into the shoes of Max, a poor guy living in a poor family with his mother and two sisters. However, everything changes when you receive a gift from your father, a huge house with a huge pool! But there still isn't any money...
About compressed version

We used some strong tools, so quality of compressed files may be lower than the original. Also we used some webp codec and webm directshow filters you may have to download and install. We recommend to download full versions to get 100% of game experience.

v0.06.6.02
- fixed a bug when Eric appears on the balcony near Alice's window
- added a link to the page of the composer who writes music for this and other games

v0.06.6.01
- fixed a bug where photos with compromising material on Eric were not displayed in the inventory
- fixed a bug that occurred when punishing Max before meeting Eric
- added missing images with Eric when viewed from the yard
- some edits in the English and German translations

v0.06.6.00
- redesigned all Opportunities, more information, more stages, hints for passing
- added new Opportunities that describe events that have not previously appeared in the game's Opportunities
- changed a lot of requirements for events, fixed inconsistencies throughout the game
- now Max has pictures with Eric in his inventory
- extended moments with Alice in the bathroom after the club and during a massage at the TV
- reduced the variability of how to persuade Lisa to sleep without pants and show her breasts
- relationships of the characters are revised in accordance with the rules of the Patreon
- now, getting caught spying on Alice and Lisa in the shower too often, Max will not be saved by the sweetness bought for girls
- now relationship with Eric can be set only when you meet him and a week after that
- now, if you are friends with Eric, you can get a postponement for Alice and Lisa in one week, and not in two
- added the ability to set an alarm after a night of entertainment with Kira, if Max is not too tired
- Memories for patrons €30 have been updated and new ones have been added
- added some sounds and music
- updated the game engine
- fixed all the found errors of the game