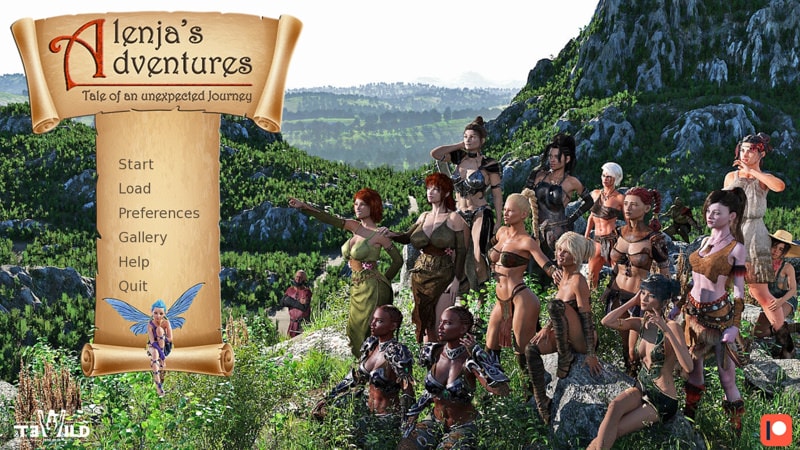 You take on the role of different characters to progress through the story. The game takes place in a dark fantasy world where Alenja, the main character and daughter of a female warrior, will go on a journey to not only develop her fighting skills, but also discover her sexuality. A trip full of surprises and unexpected encounters will help you to determine the greater cause that is responsible for the chaos the country is in. For better immersion, I have created a simple and over time advancing fighting system that gives you different opportunities of how to fight your battles.

DISCLAIMER:
- Don't forget guys...going by the original game, v0.05 Beta is content complete (even extended and improved in many ways).
- However, I decided to release it as a Beta, because the Extra Content coming with the Final version, is so massive that I want to get the original scenes out of the way before I focuss on creating something completely new (more infos to come).

SUMMARY FOR v0.05 Beta REMASTER (STANDARD VERSION):
- Rendered Nearly 90 New Images
> Nearly 20 Images are for Animations (incl. different Camera Angels)
- Recreated and slightly Extended two Scenes from the original game
> Completely redone the old Animation in Full-3D
> The new one is More Detailed, has an Extra Camera Angel and around Twice the Frames
- New Sound Effects does make both Scenes to feel More Lifelike
- Added Several New Bonus Images to unlock
- Over 800 Lines of Code have been added
- Overall Number of Sound Effects are at 227

The New Added Features (from v0.045) have been improved:
- Choices that will lead to a Game Over aren't automatically marked as such
> Now it's completely optional
> You (the Player) can now decide if you want to get spoiled or not
> Therefore, I have added a "Spoiler-Button" (only where a Game Overs are possible)
> If you click on it you will see which path leads to a dead end
(But still, remember...you will miss out some content when skipping all Minigames and Game Over leading Choices, as well as some Unlockables.)

The Hunter 2 - Version 0.2
Games / 3DCG
Information Users of Guests are not allowed to comment this publication.
Updates feed