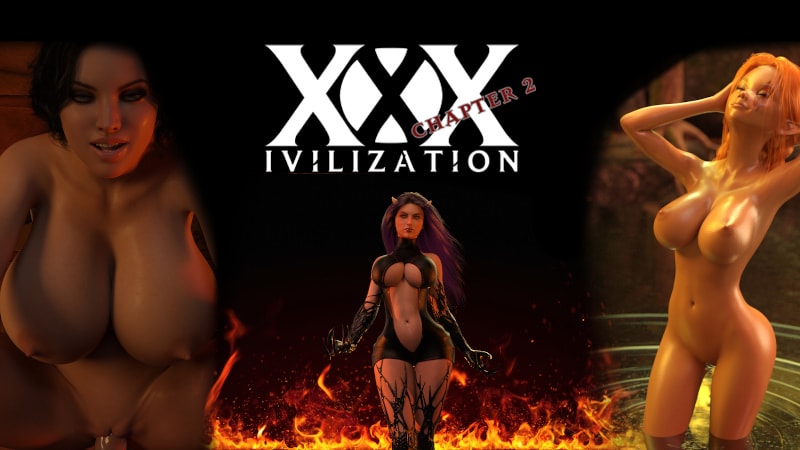 XXXivilization is my attempt at making a NSFW game with more game depth than the usual visual novel type of games. It is a strategy game with RPG elements and uses mechanics from games like the Civilization or the Heroes of Might and Magic series. You play the newly crowned ruler of an empire and have to expand your kingdom, train troops for combat, construct buildings, perform research and take care of the everyday matters of your people.

New features
New Map: Explore the Pirate Islands with four new enemy empires and enhanced diplomacy options
Feats: Your units now are born with feats that differentiate them from each other. The could be really talented at sex or be very seductive
Breeding: Let your units breed with each other to combine their feets and create new combinations
Gallery: Take a look at all the images in the game you have unlocked
Ships & Ship battle: Upgrade your ship and fight against enemies with their own ships
Blackjack: Play in the new mini-game against three different opponents and undress them
Events
Tons of new events for the new map
Added an extension to the Flora & Florian event for kingdoms with large breast admiration
Added a new user submitted event related to futa admiration
Added a new user submitted event related to science. Submitted by Jonas132
Images
More than 40 new images
Bug fixes
An image of the goblin tribeswoman was not correctly displayed in some cases
Resource changes and Kingdom changes happening in events were not correctly displayed in thes Weekly Report
Sending someone to work in the brothel now correctly updates the projected income for next week
In later stages of the game the detailed income view looked broken
The cheat menu edition contained some unnecessary files, making it almost twice as large as it neede to be
Other
Various minor improvements to the combat UI
Added a new mechanism which allows your current HP to carry over to the next battle in some events
Adapted the scaling of some encounters as the game gets on: Some enemies (e.g. bandits) will get more but will not get noticable stronger on their own
After enemies conquer some of your territory this information is now displayed in the Weekly Report with a link to jump to the tile that you lost
Slightly changed the Laws & Edicts view to reduce the scrolling on this screen
Made the increase of body part sizes during a level up optional to support also smaller sizes
Slightly increased starting resources to make the early game more forgiving
Made the "Only for the lewds" difficulty easier
Increased the starting resorces for new games of Chapter 1 and the amount of buildings automatically created when starting at Chapter 2
Cheat menu: Added an option to unlock all images in the gallery
The dark elves from the Christmas Edition have disappeared for now