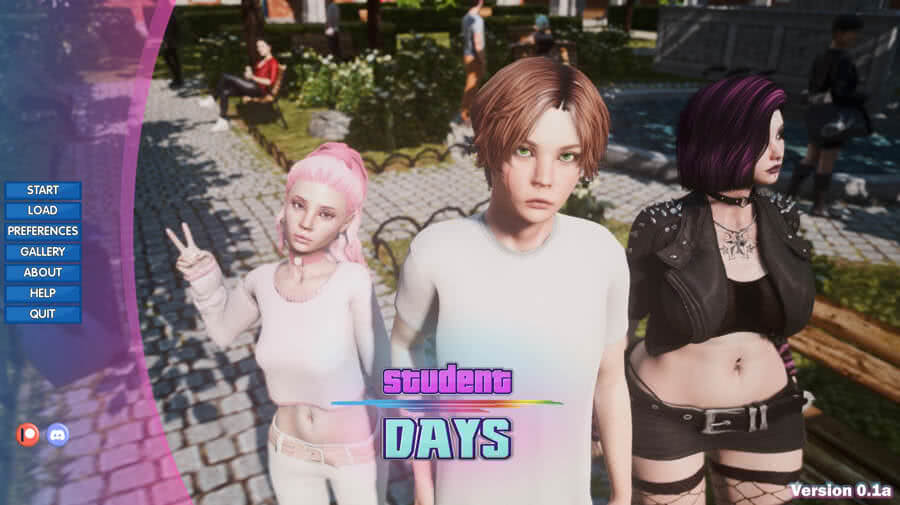 David (or your name) is an ordinary guy with a hard past and not much better present. He never saw his mother because she died in his childbirth. His father was constantly busy with his business, so various nannies with whom he could never find a common language were engaged in the upbringing of the protagonist.

Unfortunately at school, David also could not find friends. Constant fights and quarrels forced him to change schools in which he had to study, but somewhere around the age of 13 he met one girl who lived with them in the neighborhood.

From that moment, David's life began to change for the better. They spent a lot of time together and after a while became very good friends.
But unfortunately this could not last long. David's father needed to move to another city and he decided to take him to his sister for the duration of his absence. So David met his aunt Amanda, cousin Chris and two cousins Annie and Grace.

He had a great time with them and finally found more good friends. But a year later when his father returned he had to move home with him.
Returning, he notices that their neighbors have long moved and he realizes that he may never see his neighbor girlfriend even more.

Trying to find out where she could move, David is faced with the fact that no one except him remembers her existence and learns that no one has lived in house their neighborhood for more than 10 years. Disagreeing with everything that he hears about it, he headlong goes into books and studies.

After four years, he successfully graduates from a distance school and prepares to enter a rather prestigious college. The game begins at the very moment when David and his father go to his office. The further development of the plot will be influenced to some extent by your choices and actions in the game...