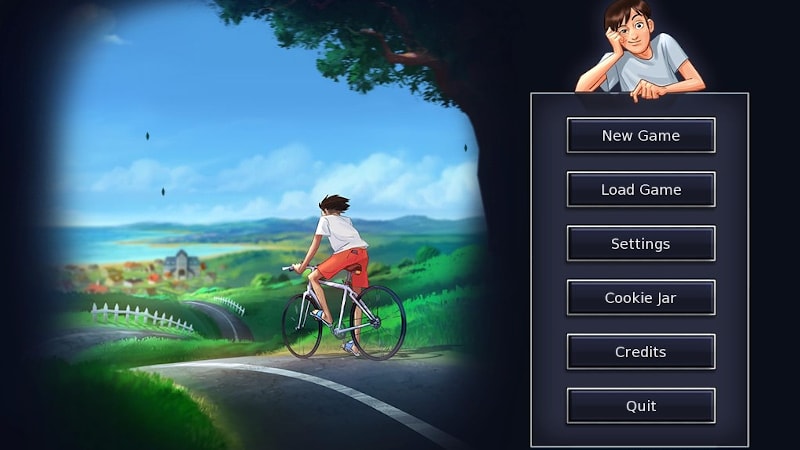 After his father died leaving his mother, sister and him behind, their father's death though was suspicious and police investigated it. He also left the family a huge debt to some shady people. So now he has to look after them both plus find the people that caused his father's death, save for college and find a girl for prom.

New Content:Expanded five existing scenes with six new animated positions.Each position has new unique sex dialogue.One has new lead-out dialogue too.Added one new micro quest with an all-new scene and repeatable variant.
Improvements:Scenes with variants will now indicate how many have been unlocked and the total available.
Bug Fixes:Corrected small framing issue with The Fisherman's Daughter animation assets.Fixed problem with some sex scene dialogue not being played, or playing at the wrong time.Corrected quirk with Cookie Jar rescue code to avoid future foot-gunning.Ensured that the correct background is used in the lead-out of Helen's second cookie jar scene.Updated a few Cookie Jar scenes that were showing art for the wrong time of day.