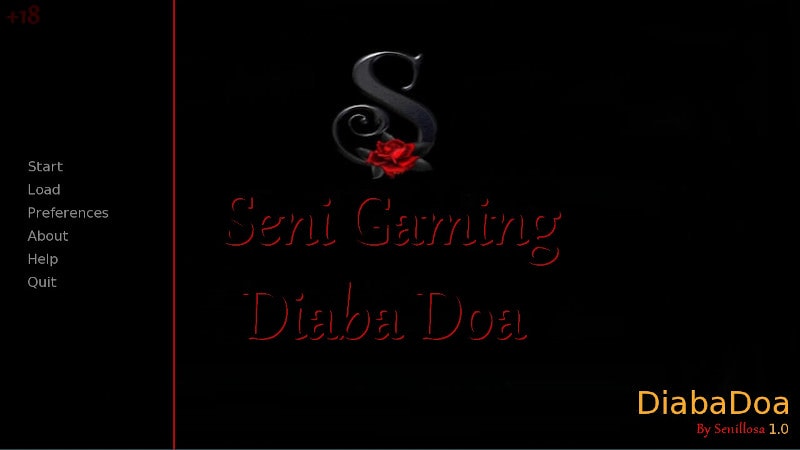 In Diaba Doa you will have to create your story, you follow the life of a history student and you will have to guide her at Santirosa Island. You will choose her sexuality, her relationships, her sutent jobs and do with her what you want, serious student or crazy woman who takes life like a game, it's your story. the choices are not important, you can do what you like, there is no bad or good choice but just YOUR choices. Between work, sport, entertainment and studies, you will not be bored in Diaba Doa. The hero's life is in your hands, have fun with her, succeed in studies and allow her to make a good start in her adult life, or not!

Cinema:
I have created a little routine that unlocks on Sunday and is playable on Monday, it's a bi-sexual routine.
There is also a beginning of a routine that will take place at the cinema, 100% lesbian.
Photoshop:
I worked a lot of photo shoots.
a group of friends is going to be formed.
There are solo, hetero and lesbian photos.
Bunnys:
The work continues every Saturday, a new ladies night is organized.
There is a bug, if you made the first night while working then you will have to start again the first night.
I advise you then to choose guest rather than bunny.
The bug has been fixed, unfortunately I can't fix it on your saves. Keep playing as if there was no bug. at the third party the bug will be gone.
Amelia:
The story with Amelia continues and important encounters happen.
Octavia:
Romanticism resumes with Octavia, first kiss.
The roof:
I'm still working on this routine, a lot of work is needed and I'm putting it off until later, it's important to see what happens, but the biggest part will come later.
Office Gonzalez:
I like this routine a lot, so I obviously worked a lot on it, the content is huge, this routine is now playable until August or September "in game".
A new basketball team.
Beach volleyball:
The creation of the gameplay required a lot of work, I just finished it today, it will take a few more hours to test it but there shouldn't be any problems.
The first game of the championship will take place on February 25th.
the second in marsh
I hope you are ready.