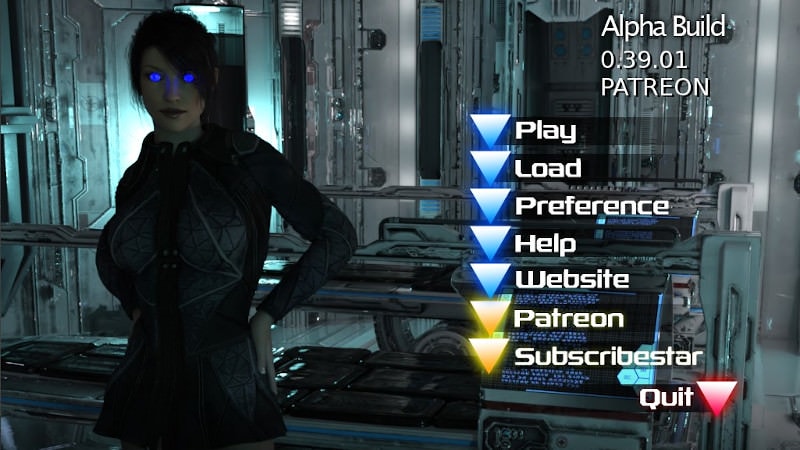 SuperPowered is a RPG game made with Ren'py. In the game, you play as Billy, a young man still living with his mom. At the very beginning of the game, Maggie (his mother) buys Billy his first superpower. Because money is tight, he doesn't have much of a choice, she's getting him X-ray vision. Before the process begin, the nurse who's gonna give him the shot has to test him to see if he's compatible. As it turns out, he is but there's something else. Unlike most people, who can only receive a very limited number of those shots, Billy seems to have the uncanny ability to absorb an unlimited amount of them. Thanks to this, he could become the most powerful of them all but in order to achieve this level of power, he must be careful. In a world where almost everyone can buy powers, anyone could be a potential threat.
About compressed version
We used some strong tools, so quality of compressed files may be lower than the original. Also we used some webp codec and webm directshow filters you may have to download and install. We recommend to download full version to get 100% of game experience.

What's New?
Anne's Nympho Scenes
Anne's Obsessive Scenes
Anne's Fetish Scenes
Danni Basic Poses
Danni Basic Interactions
Danni Power Interactions
Globex Psych Evaluation scenes
Sandra's Critical Success Classroom Scenes (thanks to Patron)
Watching TV with Stephanie Extension (thanks to Patron)
New Positive Alignment Mission (thanks to Patron)
New Reputation Group - Jocks (thanks to Patron)
What's it Mean?
Anne's Nympho Scenes: Since Anne starts as this...I've reduced the frequency and impact that her scenes have on Billy. Since you know...he's not to blame for her condition, unlike say...the whole Cheerleader squad. And leaving the negative consequences just seemed abusive. I've also tied her scenes to work, rather than "on arrival" since I don't want to lock a player out from getting injections, or getting first-aid.
Anne's Obsessive Scenes: For those that know how to manipulate Anne into this state...Don't expect it to last...This girl has issues :(
Anne's Fetish Scenes: (Self Explanitory)
Danni Basic Poses: (Self Explanitory)
Danni Basic Interactions: (Self Explanitory-mostly) Stephanie is gonna be a thorn in your side...
Danni Power Interactions: (Self Explanitory)
Globex Psych Evaluation Scenes: Now when you get a brand new power, Anne will test you for your new flaw as well. Not much gameplay...but adds a lot more flavor.
Sandra's Critical Success Classroom Scenes: Now Sandra can join the ranks with Allie and Samantha for having specific scenes for when you get a critical success in class.
Watching TV with Stephanie Extension: If you have 10 control over Maggie, and meet some of the other more obvious requirements...there's a new option for giving Stephanie a massage while you watch TV.
New Positive Alignment Mission: Operates just like the other Positive Alignment missions.
New Reputation Group - Jocks: And just like the other Positive Alignment Missions, There is a new Reputation Group you can improve with. The sporty jock types.

The Ascendants - Episode 1a
Games / 3DCG