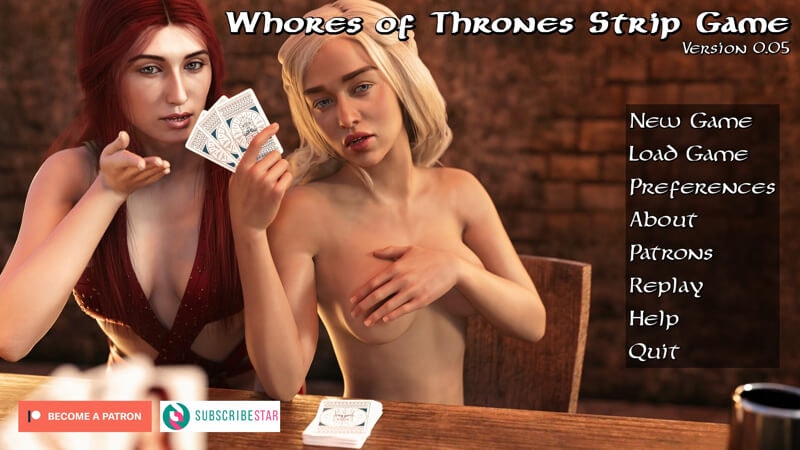 Strip card game with the characters of Whores of Thrones game. This is a "Strip Poker" type game, with the theme taking from Whores of Thrones Season 2, and using a custom card game. You play as Jon Snow, with your opponents being some of the women from The Wall or as Cersei , with your opponents being Margaery and Myrcella. Whether you win or lose, there are images and animations of the characters. Over time, more protagonists and more opponents will be added.

Game of Whores - Version 0.21
Games / 2DCG
Information Users of Guests are not allowed to comment this publication.
Updates feed