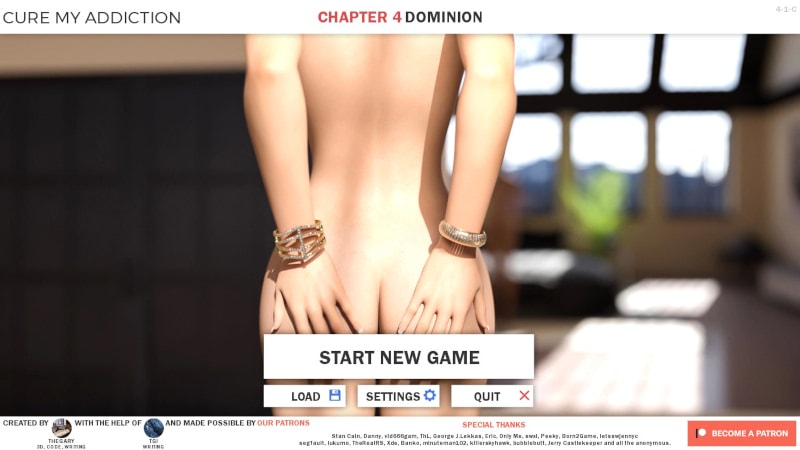 Cure My Addiction - Chapter 4 Episode 3B

One day my parents found out that I was spending a little too much time watching porn. They considered this a serious problem and decided to do something about it. Let's not mince words, it was an addiction in their minds. Finally, they came to the conclusion that I needed a change of scenery and made me leave the house! I was sent alone on Uncle's yacht without a phone, TV or even a computer. This was their plan to "Cure My Addiction". I wasn't sure what to make of the situation at first. But soon I discovered that only women were on board, and Uncle was nowhere to be seen.

Patch B
When doing the story in a specific order it was impossible to progress.
Fixed a crash