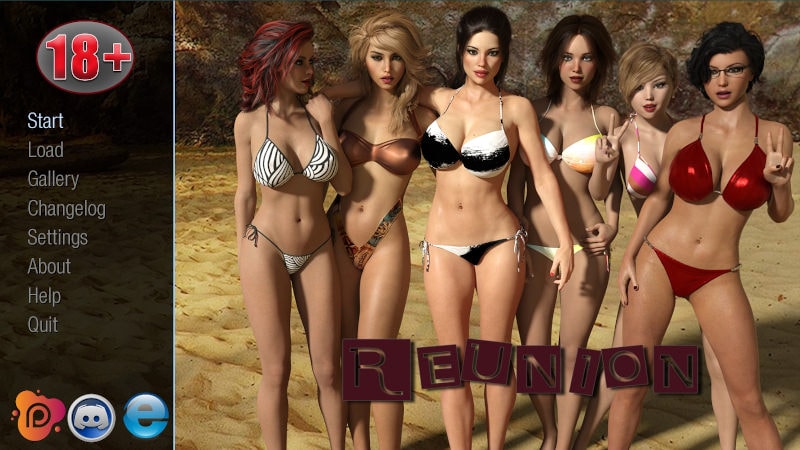 You play the role of a 27-year-old man who returns to his hometown after nearly 10 years to hear his father's last will and testament. You control the MC as he attempts to exact revenge on Linda, the woman who ruined his life, because of whom he had to leave town and leave his family and closest friends. Plotting his revenge, the MC falls deeper and deeper into the world of secrets of his father, discovering things he never had any clue about. The MC will have to come face-to-face the past as well as with dark side of his hometown and finally, after many years, close this chapter of his life. Help the MC find out the truth by playing "REUNION."

Day 11
Over 1000 images
Several animations
Several sex scenes
Over 30 000 words
Minor changes to dialogues
The start of the game has been changed.
Fixed most of the bugs and errors.