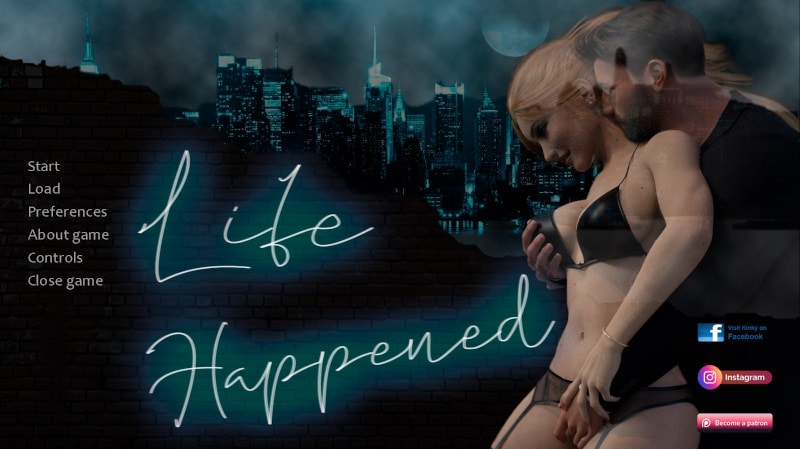 This is the story of Marco Scozzari, a 40 years old man who has it all except the most important: some one to share it with and he seems incapable of realizing that. Relax guys, this is not some tale about a lonely weirdo or something like that. It’s a tale about a descendent of a traditional italian family that made his fortune from scratch, a good looking and well succeded man, his past and the things he did to get where he is at now. As you follow him you’ll discover things and people of his past and will must certainly find out that things are never really what they look like at the first glance. This game is heavily choice driven where each choice counts, so choose wisely.

This update is focused on merging Danna's love and lust routes. It also brings the conclusion of the second meeting with Sebastian for the exhibitionism and tainted love routes.
We will also know a bit more about Shorty's past and her relationship with the main character.

New renders: 190;
New Sound effects: a lot;
New songs: 5;
New animations: 1 (About 1311 renders used to create it);
About 8000 new lines of code written or rewritten;
Included an option at the beginning of the game for returning players with broken saves. In that option, the players get to forge their character, set the game's rules by enabling or disabling stuff, and choose their play-through;
I did some tweaking on the zoom effect, making it a lot less intense;
Also, I did some tweaking on the between-scenes transition code to make them faster (Downed them to about 1 second. I didn't go any further because I can't live without the dissolve effect in my transitions);
Text improvement in some of the text from previous updates and a lot on this update's text. Thanks, Tribe!

A Tale Your Tale - Version 0.2.2
Games / 3D Games
Information Users of Guests are not allowed to comment this publication.
Updates feed