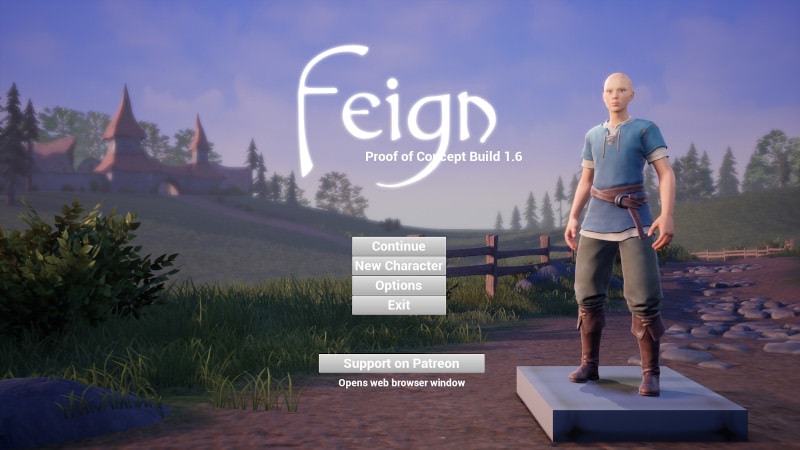 A role playing game for adults that will combine elements from Skyrim, Fable, and Corruption of Champions.

Rough update list - may contain spoilers!----Goblin AI changesbased on distance to player will perform random actions and switch between ranged and melee attacksNPC grappling now has a progress bar. When the progress bar is full it will trigger character dependant scenes. Only the goblin has scene support so far.Resting in unsecure locations can now trigger random encounters. Currently only the goblin encounter is implemented and is set to always trigger.Reeve quest line is in game.Reeve has 2 reward scenes if the player progresses far enough through his quest line.Xandra, the tavern owner, has a quest line.She has 2 reward scenes if the player progresses far enough through her quest line.Farm girl, spawns at one of the farms outside the north gate of town, has the beginning of her romance path and associated questsFarm boy, spawns at the other farm outside the north gate of town, has the beginning of his romance path and associated questsResource gathering has had some updates. Now resource nodes can trigger animations, take time to gather, spawn props like mining picks, have differing amounts, and have variable respawn rates.Quest triggers are now supported on interactive objects, dialogues, inventory checks, and other quest triggers.Lesser Incubus has 3 new scene animations depending on player anatomy.He has placeholder animations and AI for everything else.Random loot containers have been updated and added to a lot more locations around the map.The barn south of town has a Slime girl narrative encounter insideAdded a new abandoned cabin a bit north of the tutorial cave. There's a few placeable objects blueprints lying around to test the placement system and the new growable crops items.Added placeable object blueprints and pre-placed objects to the test house inside the north gate.Began blocking out path south out of the valley. Eventually this will be a swamp area and small coastal village.Solo animations and lust system. After taking enough lust damage the player will now randomly be stunned and start playing the solo lust animation for their current anatomy.Players can also reduce lust at any time they choose by pressing a hotkey (currently the 8 key) and letting the animation finish.