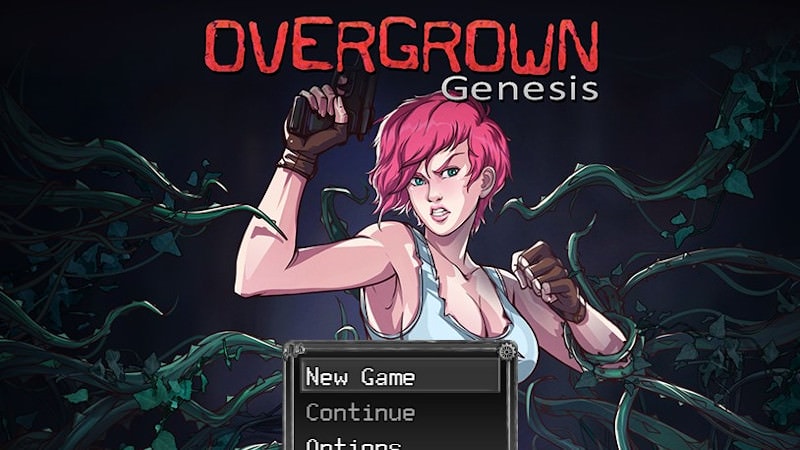 SEX ZOMBIE is a survival horror game set in a post-apocalyptic modern world, made using the RPGMaker MV engine but utilizing unique “retro”-style graphics. It is meant to be a sexualized parody of popular survival horror games like Resident Evil and The Last Of Us – but being a parody doesn’t mean it compromises on the story in any way.

In this game, you take the role of Juno, a survivor of the apocalypse and a trained engineer (a shout-out to Isaac from Dead Space), trying to navigate between a failing human society cloistered in fortified sanctuaries and an outside world ravaged by the infection.

* The promised ‘endgame’ reward scenes are now here! These are detailed, comprehensive ‘happy ending’ scenes for Natasha + Rebecca, Sofia, AND Cassie (via Ending/Epilogues “D” and “E”)! These were written with the canon that you actually participated in the consensual scenes in Fort Patton and are a continuation of that. We have done our best to really create scenes we felt rewarded players for all their efforts in obtaining the ‘better’ endings and hope you all enjoy! This is the only first part of our final edition updates, which only affects the endings, so there is no need to start a new game (yet!) just load into your ending rooms and these scenes will be available (again, “D” and “E” only!).* Adding in a much-requested alternate movement, the WASD keys, which can be used alongside arrow keys or left mouse click!* Heavily overhauled and improved our real-time action battle system! Added actual collision physics for sight and projectiles, meaning enemies will now only be able to detect Juno with a clear line of sight (basically they can no longer see Juno through walls, but can still see her through obstacles like fallen chairs). Additionally, this also affects Juno, as she can no longer shoot through walls now with long-ranged weapons like the rifles. We also improved enemy detection by adding peripheral vision for them (it was a bit silly when Juno is standing right beside them but they don’t detect her), so now their alert proc will trigger if you are beside them, not just right in front. Enemies that are hit by projectiles will now also be temporarily stunned for 0.5 seconds and execute a mini jump animation, which prevents enemies from relentlessly coming forward while Juno is shooting or attacking.* "Dark" maps difficulty has been lowered with the addition of multiple lightsources, lessened tint, and general better navigability in those maps.