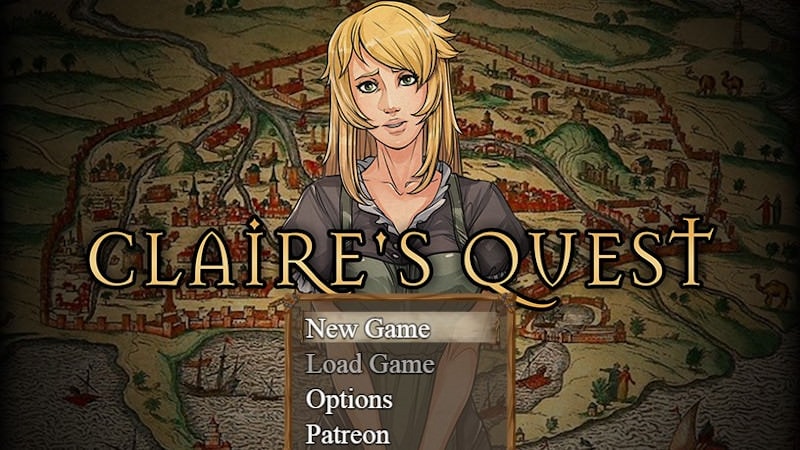 • The opening quest of the Showgirls Questline, “The Tenants”, can now be completed after meeting Farrow and Travers.• “The Good Doctor” minor quest can now be fully completed, along with the option to turn in Genevieve to the Revilliers instead of siding with her. This will additionally lead onto the “The Breeding Game” quest, a placeholder for future content revolving around Genevieve creating more chimeras; this is contingent upon Claire owning the Chemont Breeding Ranch however. Comes with the new Genevieve x Jillian x Chimera scene.• Added a new scene/quest, the Manticore Tail Experiment, in Aiyana's Lab as part of the Alchemist Questline.• Upon popular request, added the WASD movement system which works to move the character alongside arrow keys and mouse clicks.• Added a Stash system to complement the new weighted inventory system! Stashes can be found at any inn, as well as at any home or building that Claire owns. They have global effect, and allow players to drop off items so they don’t walk around over-encumbered or get forced to throw away items to reduce weight.• Fixed a bug with the Sisters of Fertility “Harvest Festival” quest, where the quest-starter would remain behind at the Bullpen in Chemont, allowing the event to re-fire pointlessly.• FINALLY fixed the bug porting Claire into the sea out of the Salty Slattern, FOR GOOD this time, fingers crossed.• Fixed Jillian and Albe’s sprites remaining in the Valos Garrison building even if you side with Genevieve in “The Good Doctor”.• Minor typos and text consistency issues fixed, too many minor ones to list individually.