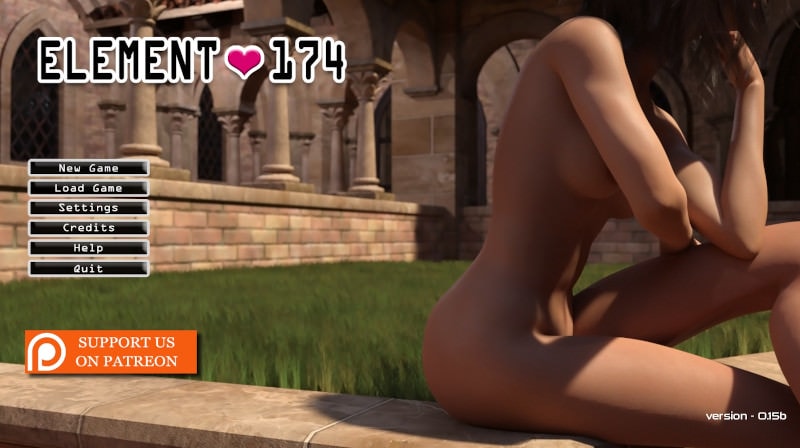 "Element-174" is an adult sci-fi visual novel with a focus on choices and how our decisions cause ripples in our story. You play the role of the main character, a man who has just been accepted into Branchfield University. As he meets the various students and faculty, a mystery unravels which will change him and those around him forever. "Who will you choose to be?"

This game is designed around a deep and engaging story. Every choice you make will lead you deeper into the narrative with no early "game overs." There are 16 possible character routes available that play out simultaneously and even interconnect. Your choices will influence which characters will open up to you or may become your enemies. Due to these branching paths, this game will meant to be replayed in order to experience everything. New updates will be released about every 2 weeks. Each "episode" of the story will consist of 7 in-game days with 4 episodes planned.

Added v0.20 gallery scenesAdded walkthrough mode in settingsChanged texture of male liquids in previous scenesRemoved a requirement to see Caroline on Day 4 (previously you had to apologize)Chapter transitions are now skippableFixed a bug involving what scene plays after the Stranger encounterFixed a bug where Chloe's Day 14 scene didn't play even after choosing itFixed a missing render on Day 14 morningFixed a bug where Rachel's Day10/11 scene, as well as Caroline's Day 10 scene, didn't award any pointsFixed multiple bugs referencing Emma still being alive even if she wasn't(Not officially documented) Fixed the main menu displaying the wrong image after any screen change