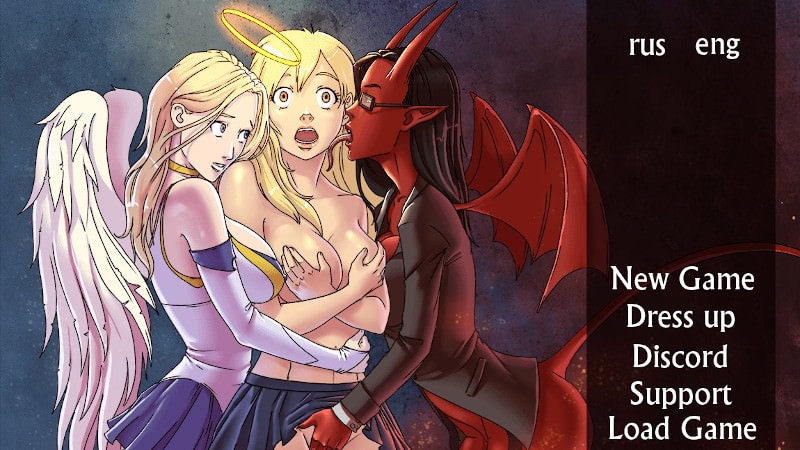 Visual novel, another "WhoreTrainer" game , it's about how one lucky son of a bitch escaped eternal punishment in the hell after his death and became... a guardian angel for one sweet young girl... will he only help her to make the right choice?

Concept of the game with depravation, of course, came to my mind is not without influence games of Akabur, but nevertheless, the gameplay will not have nothing in common with them. The gameplay will be something like a visual novel, but there will not be any elections at all. Main heroine will just live her life, and the main character will only be able to influence on her elections.

When a wild desire you can never interfere in her life, or even make it a very pious woman. The game naturally Sand-boxing, but some of the "impact" of the protagonist can lead heroine to "end". This is probably my most difficult and most beloved project.

v1.0f
We wanted to add other costumes for Anabel to the game, but we realized that for this we would need to redraw half the game. So instead all her costumes can now be viewed in a "dress up" room.
We will publish walkthrough a little later (it will still need to be translated -_-).
Old saves will not work.