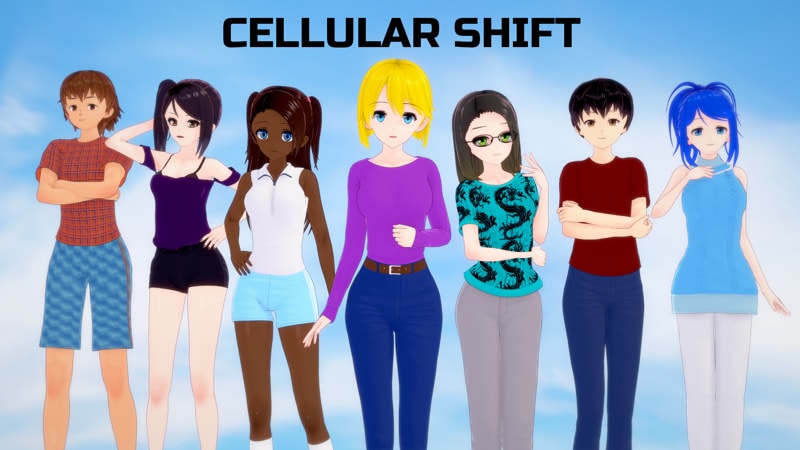 You play as Riley Weston, a young man who tries an experimental serum developed by his friend Jill, and inadvertently ends up turning into a girl. Riley and his friends quickly begin to accept the change, but little do they know, there are strange, nefarious forces at work in the shadows, and events already set in motion that none of them could've predicted...

Story:
— Over 800 new images, and two new in-game days, Day 14 & 15, 15 is closer to a ¾ of a day-Finishes off Chapter 6-Introduction of new «pheromone» ability, that will give options for extra bits in scenes. Thusfar, the only chance to use it is with Max, but there will be more in the future, depending on character personalities
Visuals:
— As previously mentioned, this update introduces new visuals with new character models. They’re the same characters you know and love, but they look a bit different. *(Not all characters have a place in this section of the story, so their new models will have to wait to make their official debut)*
Technical:
— Added reminder at the beginning, and after MC changes her I.D. about your ability to change your name at any time in the menu-Added flavour choice before initial kidnapping on Day 7 to attempt to call the police, which fails if you pick this option