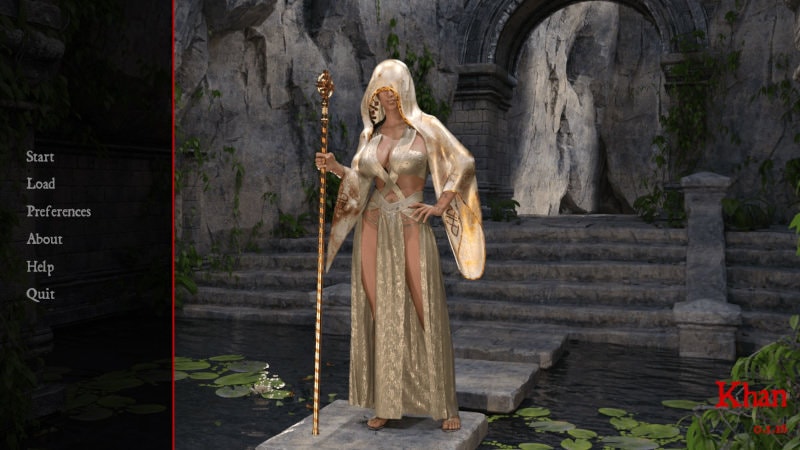 A prince, an escaped prisoner, a usurper, a sexual abuser, a fighter. Karder Dal-Arouya is many things but has one goal in life: to conquer the empire stolen from him by his treacherous queen mother. Guide Karder on his adventures to reclaim his throne. On his quests you will meet friends and foes, powerful beasts and sexy rulers. Dominate your defeated foes and decide whether you want to use and abuse them for your dark pleasures or convince them to aid you with their skills and knowledge.

ContentA new quest: Karder infiltrates the Amazon fiefdom of Limtinia so he can steal their martial secrets before they get a chance to destroy them.A new 1 + 1 Wench duo, an Amazon princess and her aunt, both for you to love or abuse.Wenches reaction scenes for Karder’s conquest (Teniya, Sumia and Dian)InfraImproved Game Save system, you can now rename your saves to remind you what was in each save. Thanks gojira667 !You can now make the text box transparent via the Game Settings menu.Khaganate managementTwo new garrison upgrades (after completing the Limtinia quest)Shadow Institute now offers more population control methods. Force Yield moved to be part of the Shadow Institute.When a fiefdom you controlled rebels, it’s Obedience will be set to 85, breaking the vicious circle of perpetually rebelling fiefsGold accumulation: each fiefdom you control now automatically adds 1 gold every turn. Yield works normally, adding significant boosts when your morale roll succeeds. Building costs were increased to reflect the changes.Failed raids are less devastating. Instead of automatically destroying every building and lowering Obedience, buildings and Obedience drop now have roughly 50% chance to take place, with garrisons only 25%. However, raiders will always steal some gold (if they win).Audio/VisualOriginal music score for the Tinpingia and Limtinia questsAnimations in the Limtinia quest

Kingdom of Deception - Version 0.13.2 Bugfix
Games / 2DCG
Information Users of Guests are not allowed to comment this publication.
Updates feed