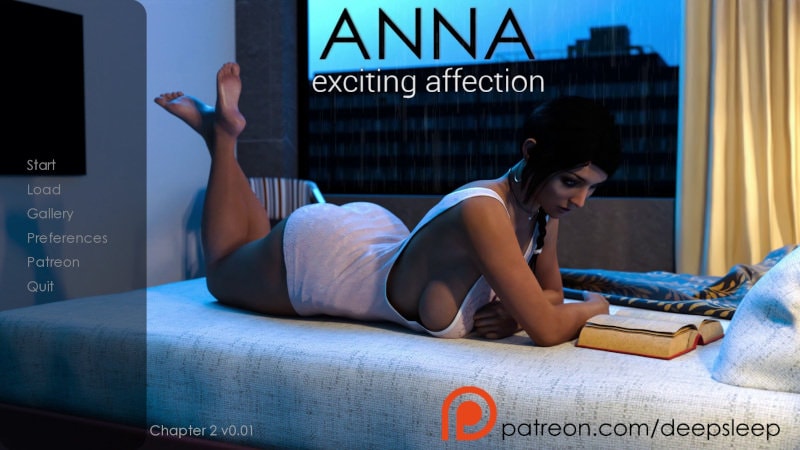 You will be playing the role of "Anna" and making decisions in her life as she will discover herself through the journey. There will be a main storyline with different outcomes depending on your choices, as well as lots of side quests.

In this update, there is a separate path that started in the previous version and now you can also play the path where Anna betrays Sergey and plays by Earl's book. Fitzgerald is also making his comeback and he's not alone. Extended bar scene that consists of more than 200 renders. Now you can choose what will Annas fate will be there. More fun stuff to come. Ashley is also back in this update, not In person though, but in his element nevertheless. Anna will also have to close the deal that she started. We couldn't include Jeremy's scene as it would take too much time, but there is a hint that will happen next at the end of the update :)

Added: Almost 400 New Renders and 11 New Animations, 2 new bar locations, and more.
Changed: Corruption improvement, Anna doesn't need to have Jeremy alive to get some options.
Fixed: Minor logic, bug fixes, Typo fixes
Still, a lot of things are planned in the future and might change both functionally and design-wise. This is a beta version, but you should be able to play through without major bugs and get all of the scenes.

Choices now will have a lot more impact and different content so you will have to play through multiple times to get to see everything. There will also be more or fewer choices depending on your previous path. You can also miss some scenes as not everything is mentioned in the journal, so read dialogues :)

Collectibles are images of Anna and other characters out of the game in different settings. They can be in different places at different times of the day. So far there are eight, and more to come.
-------------------------
Final scene list:
The scene with Earl and Sergey, Fitz and a stranger, Michael, extended Bar's scene with two outcomes, Home and Contract closing.