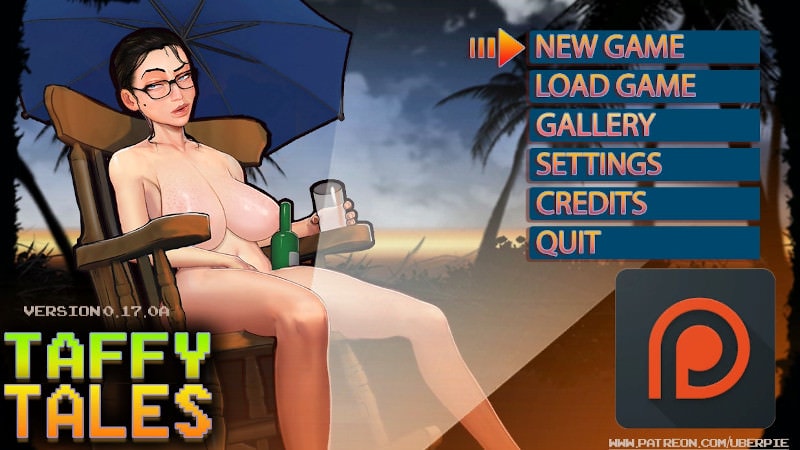 In "Taffy Tales" you will see the story of a regular guy with a split personality and his journey in a small town where almost every common citizen has his uncommon dark side. Dozens of characters with their families and relations, an original story, lots of side quests and a lot of adult art awaits you!

• Added a new prologue with new opening characters.• Completed insane work on how players can interact with characters. Small talks, reactions, and behavior toward MC changed after events with them and their relatives in-game. All decisions took tons of work + tons of time to upgrade and check the logic of the narrative (all these routes).• Added five new characters with massive potential of weaving in old other characters' routes and creating new huge ones. Best friend Taksh, his Indian mother Brinda (who works as a nurse in school), new bully Roger, and two police officers - Officer Swan and Officer North.• Added/Continued 21+ storylines involving Mary, MC, Clara, Becca, Priscilla, Stacy, Officer Swan, Officer North, Chantelle, Sara, Danny, Tiffany, Darnell, Alan, Walter, Mia, Taksh, Brinda, Roger, Jessica, Jennifer, Max, and many others.• Added 200+ new story dialogues(including small talks)and many rewritten old ones with 100+ unique images (including new unique backgrounds).• Redrawn 37+ (from scratch mostly) old scenes and added new scenes.• Added new skins (clothes and conditions) and poses for almost all old characters: MC, Marry, Tiffany, Danny, Priscilla, Darnell, Clara, Walter, Chantelle, Jennifer, and Natalia.• Added three new locations(Medical office, Brinda's house, Mansion front view) with unique background images.• Significantly reworked almost all locations.• Increased the number of backdrops for different times of the day by more than eight times.• Completely reworked the minimap with all objects.• Redone from scratch Alan and Bartender.• Reworked of character's progress route so you can go on different parallel paths. We started to weave these routes into each other.• Added new unique animations and effects for the in-game scenes.• Reworked of character's progress route so you can go on different parallel paths. We started to weave these routes into each other.• Added many types and variations of choices in new small talks.• Added new main menu.• Added a new loading screen.• Added new items to discover.• Added a new quest log system with separated daytime. It will be updated for the whole game in near patches.• Added a new reworked gallery with the according tab in the main menu.• Updated in-game gallery.• Updated credits.• Fixed a bunch of known bugs and errors. We know this update has been difficult wait-wise (we also did plan to add more), but given the growing tech debt, it was necessary to squash it now to hopefully resolve any future issues with the code.• Updated cheat code is "adbcbe".• New amazing and unique dialogues in the new scenes of this update are made by Lostraven! You can find his page here.

Lust and Power - Version 0.42 Regular
Games / 3DCG
Information Users of Guests are not allowed to comment this publication.
Updates feed