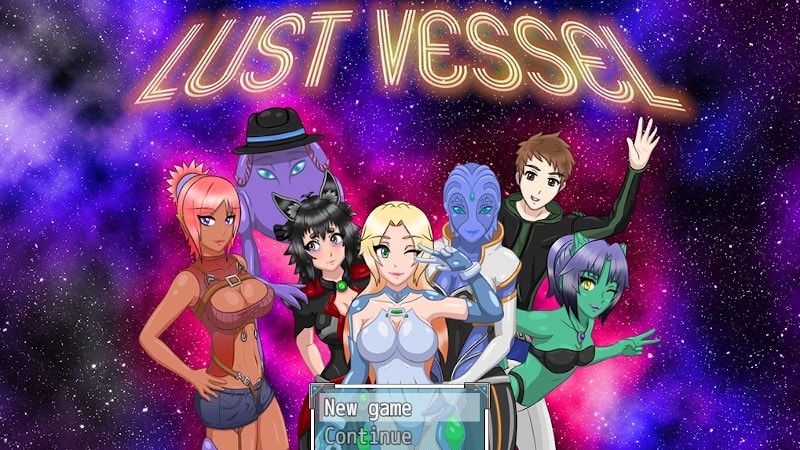 The Story so far, you control Kate, a literature major who awakens in her room in the cruise “Fun Space Fun” (property of an alien tycoon who can’t speak english) without recollection of what happened yesterday and with a terrible hangover. Soon she will realize that most of the passengers of the “Fun Space Fun” have turned into sex maniacs, Kate will have to traverse the cruise looking for her best friend who invited her to this cruise, looks for help and try to get out of the sex infested vessel. To accomplish that task she will meet a colorful cast of characters, who will help (or hinder) her escape and you will control or embrace her sexual urges.