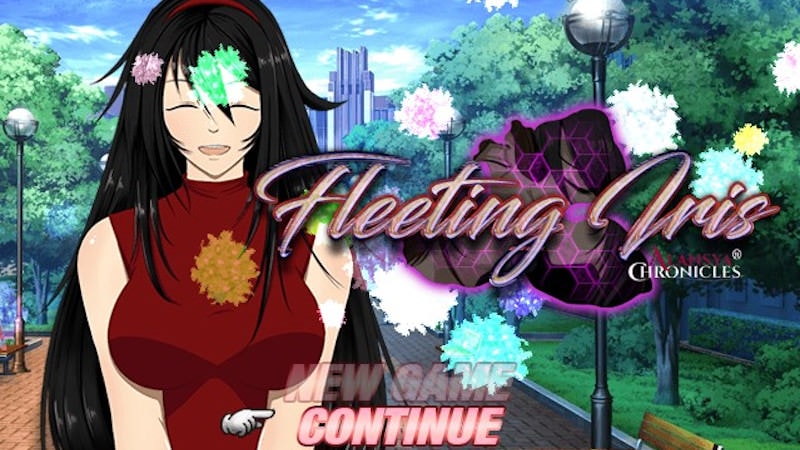 An FBI agent flies to Japan in a mission, he meets a girl called Ayame. They fall in love and he asks her to move to the USA with him. Having never met her father and having her mother die 2 years earlier, Ayame had very little that bind her to Japan so she moved in the USA to him. A game about a regular woman and her fiance who engage in a story with lots of cheating, blackmailing, heavy corruption and a background of netorare. You will decided how the story unfolds one month before their marriage which is when the game will take place.
Cheat room code: 84134956
Talk to the shadowy figure in the bottom left inside the gallery to completely unlock all scenes.

>> NEW ROUTES AND SCENES
• Overhauled the ass slap scenes when Ayame is slapped in the ass by Scott in Melvin's pub as well as the ass slap scenes when Ayame is harrassed by the customers and Melvin offers her a raise. This included pictures as well as dialogue.
• Overhauled the scene where Ayame has sex with Melvin in her house wearing the nightgown. You can also watch this scene with tanlines as well (couldn't do it previously). This includes the pictures as well as heavy dialogue changes which includes story.
- This scene is now the most complex scene in the game, took 8+ hours to remake due to all the animations and movement and all the scripting it required. Hope you guys enjoy it!
• You can now watch both the scenes mentioned above in the CG room as well as the old versions which have been moved to the Old Scenes gallery.
• Overhauled the first exhibitonism scene, you can now watch it with tan and tanlines and the story before and after has been drastically improved.
• There is a new questline that you must start with Morality over 70 but you can do it at any point in the game.
- You only need over 70 Morality to do the first out of three delivery quests, once you've started the first there is no requirement to do the two that follow.
- You can start this questline at the fence gap in the hobos area.
- You must bring the homeless people some food and commodities that you can purchase in the convenience store in the appartment area closest to your house (not Sato's). You must do it in three different days.
- This is required to get the final optional exhibitionism scene that you can start at your house after Ayame is caught by a cop while doing exhibitionism.
- To do the final exhibitionism scene you must have done the homeless commodity delivery quest 3 times as well as see the Ayame and cop exhibitionism scene and you must be in Fallen state.

>> NEW CONTENT
• Overhauled the "Hobos" map to look aesthetically more appealing and general and to make sense for the new and upcoming scenes. (Please let us know if you find some passability bugs).
• Added a "closet" in Ayame's room to better illustrate what happened in past and future scenes.
• Robert now makes a comment on Ayame's body at some point in the game triggering a quest to check the Gym.
• Ayame's charm now goes up by 1 point the first 5 times she gets a massage.
• Made a few changes to the soundtrack. Removed some songs that never actually played out during the game from the game and therefore the jukebox as well. Added some new songs.
• Adriana and Fujiko will now only invite Ayame to the bachelorette party if the Morality is 45 or lower (it's possible to get to Fallen with Morality as high as 55).
- This will force the player to do some extra kinky activities which will make the dialogue at the bachelorette party make more sense.
- You have a few days to trigger the bachelorette party when you get to Fallen state, if you can't do it by the last day and you're still in the Harem route, they will have dinner together but there will be no mention of a bachelorette party.
- We can and probably will lower the threshold even further in the future.
- This will have NO interference in the Harem route itself, only in the bachelorette party at the resort!
• For story purposes, there is now 2 scenes (only 1 can happen per playthrough) where Jack listens to Ayame talking on the phone with Melvin or Sato. If you see one you won't see the other.
- This will be the trigger for the first exhibitionism scene.